Home
/
NEWS
/
Horses, Ice Skates, and a Lot of Smiles

Horses, Ice Skates, and a Lot of Smiles

From time immemorial have our ancestors trusted in horses as a means of transportation, nourishment and waging wars.
In order to re-create that feeling of sublime freedom and unmeasurable connection with nature, Koubrat’s Young Followers, together with associates from the Bulgarian National Union and Bundle National Amalgamation, organised a march on horseback to the mountain region around the town of Svoghye.

The travel began from Sofia. After a short delay, the group quickly started for the mountain, horse base. Reaching the latter appeared to be work-consuming due to the impenetrable road in the mountain region, but thanks to the skill of our experienced drivers the associates did manage to arrive safe and sound on time. Our group was welcomed as by the friendly atmosphere created by the base owners so by the purebred horses.

After a brief rest and a little mutual treatment of the associates, the very march began as the group was subdivided into two. The first proportion started by noon, and the waiting ones were given the chances of testing their skills in shooting arrows at targets, and a little competition was organised for raising the spirits. In the late afternoon, the march of the second subgroup began.
Due to the meteorological conditions, the participants were able to sense a unique atmosphere. The dense fog gave mysticism to the forest, which made the experience unusual.

After the two long marches, which finished at the falling of the gloom, we were treated to food and drinks in the chalet of the horse base. The warmth from the stove and the friendly talks gave a pleasant completion of the day. Before long, we took our way back to Sofia.
We thank the owners of Svoghye Mountain, Horse Base for the unique experience and the unforgettable moments.
‘Cadet’ Andrey Pavlov

The sun set, the evening fell, and we finished riding the lovely horses. The base’s owners sheltered the animals and then invited us to those people’s small house to warm and have a cup of hot tea each. We conversed, laughed at some stories, got warm, but after all that, though we did not want to leave that picturesque and cosy place, we had to get back to Sofia.

We were divided into two groups and distributed into two cars, by which we made for the capital. We came out of Svoghye, and then came the time for entering the Iskur Defile. In our car, we, full of emotions from the adventure at the horse base, were slightly frivolous thus not paying much attention to sign-boards. During a one-hour travelling and talking, we, however, became impressed by that the villages we were passing through were other than those we had noticed on our way to Svoghye.

Then we looked at the map and realised that we had almost reached Vratsa, not Sofia as it had been planned. One of our associates was in a hurry for catching the last train from Sofia to Plovdiv, but it quickly became clear that he would not manage to catch it, yet one of the girls being driven in our car had never been to Vratsa.
That was why we unanimously decided that the following place to visit would be the centre of Vratsa, and so we did. When we arrived in the town, nothing was open because of the Covid-19 hysteria save for one ice rink, and we, of course, were quick to skate on it.

It was entertaining because one of our associates could not skate and permanently waved his arms in his attempts to remain on his feet, but during almost the whole period of time he remained sitting on the ice. After the skating was over, we had photographs taken at the Christmas tree in the square, we had a walk through empty Vratsa and again took our way. In a few hours, we finally reached Sofia and gathered in our home.

Despite the busy day, we realised that we still did not feel like sleeping, though it was already late in the night. That was why we decided to quickly play a game at the table, which continued for two more hours.

So, in the middle of the night, some of us went to their beds whereas others – to the sofas and still others – to the floor, on improvised pads, while thinking of the passed day full of so many moments of fun. 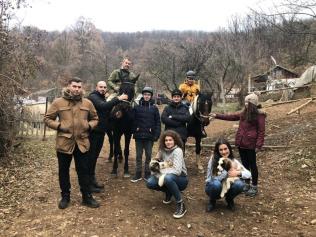 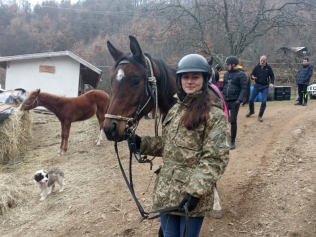 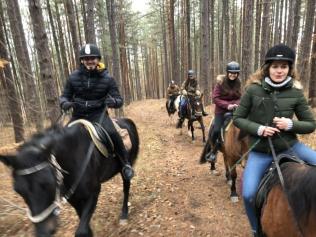 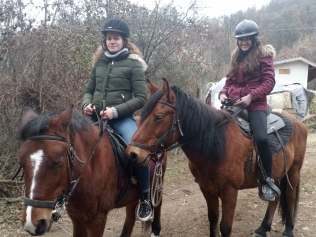 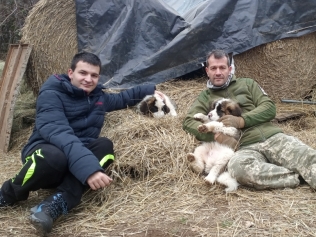 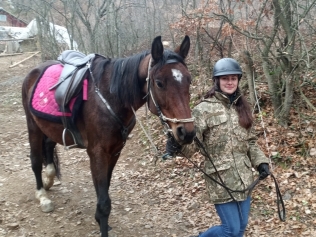 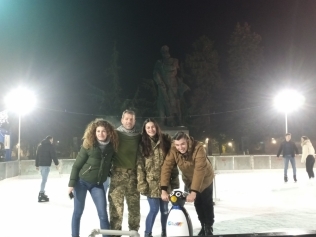 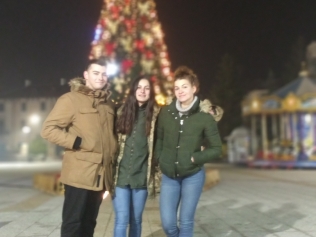 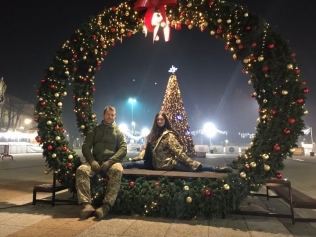 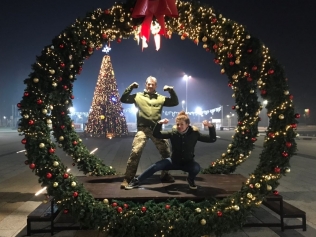 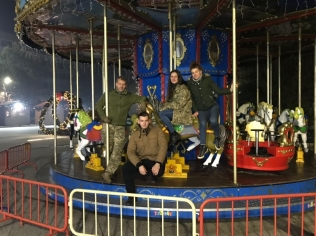 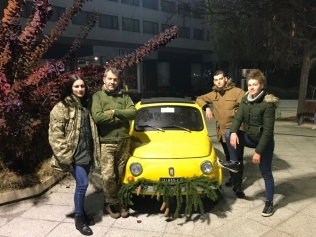