Home
/
NEWS
/
Nationalists at the Grave of General Hristo Loukov

Nationalists at the Grave of General Hristo Loukov

As every year so this one, the mentally malformed freaks of nature who had coldshouldered their own clan did not surprise us with anything new. In order to report an activity, liberals, communists and asshole activists did not miss striking up their base campaign against the carrying-out of Loukov March.
The mud they threw on us did not differ much from that which they had been throwing in the previous years; its throwing began according to a schedule with the previous fierceness.
As early as in January, the old clichés about ‘the fascist general’, ‘the bad nationalists’, ‘the indignation of certain European non-governmental organizations’ and pieces of nonsense of this kind began to appear on television. The irreplaceable, heartbreaking comments about the Holocaust were not skipped either, though the latter has nothing in common with the general.

We, on our part, in order to break this tradition, decided on organizing, together with the carrying-out of Loukov March, paying honour to the general at his grave. So, for the first time, 77 years later, Bulgarian nationalists met with the general’s spirit at the place where our predecessors took their leave of him on 13 February 1943.

The commemoration organized by KOUBRAT’S YOUNG FOLLOWERS was attended by our associates from Bundle National Amalgamation and the Bulgarian National Union, as well as by representatives of the National Resistance, Combat 18, the former Bulgarian National-Radical Party, and non-allied nationalists. 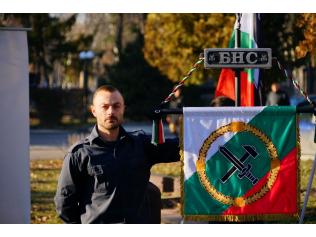 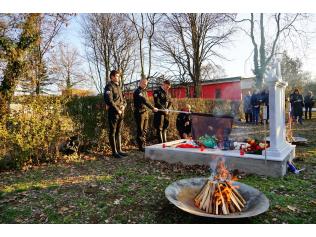