3 March – the date respected as holy by every normal Bulgarian.

A date reminding that the duty to the Fatherland and the great struggle of nations in their striving for freedom and their right to single-handedly determine their fates are before all!

We must remember well and bow to the deed of all those who made all their efforts and dedicated their power and lives to the freedom and unification of the Fatherland.

Unfortunately, for decades on end, for quite explicable reasons, a tendency has been observed as to negligence of the merits of the Bulgarian national revolutionaries and all the champions and warriors who perished for our freedom.
Instead, a blind worship of a foreign country that has been carrying out an imperial policy while being driven by its own interest alone is observed. It is understandable.
What is not understandable, however, is how it is possible to exist people calling themselves Bulgarians while neglecting the victims our nation has sacrificed at the altar of the Fatherland – the casualties we have suffered – as these people create a cult to a country led by its own imperial pretentions. These same people do not make any difference between this imperial policy and the merely human convictions of the private soldier.
This rouble-loving gang, under the pretext that they pay honour to the common soldiers, pass Moscow’s interests and policy.
This is national apostasy!
I have made this so important introductory exposition because it is at the base of the correct understanding and interpretation of the following events.

On 3 march 2022, we, of the Bulgarian National Union and KUBRAT YOUTH, paid honour to all those Bulgarians, Russians, Ukrainians, Romanians, Finns, Swedes and people of other nations who perished in the war – the ordinal Russo-Turkish War that led to our Liberation. Here, it is important to never forget that it was not a purpose of Russia but an outcome of the war.

Our commemoration took place on the Mount of Shipka, where at 11.00 our three main delegations, from Sofia, Plovdiv and Varna, gathered and arrayed.
Having in mind the general idea of the supposed attenders, the determined commandant of the event, Mr Manol Dimitrov, gave an instruction ordering not to respond to expected provocations.
After the instruction and the arrangement in the array, the participants started in a procession up the staircase towards the monument, making their way through the large crowd, while preserving the array during the whole time, and the joy of our action was expressed clearly in joyful exclamations, congratulations on the holiday, and praises by accidental people.
With each step taken upwards, however, we more and more often saw an abject rabble of asshole liberals, which was becoming larger and larger, and an even larger flock of rouble-loving corrupted nincompoops waving as the foreign to us Russian banner (we wished it had been the one that was the national banner of the Russian Empire of 1877-1878) so the openly bolshevist rag with the hammer and the sickle.
What we all felt was a total disgust of the impertinence of these harmful nincompoops.
Then, in response to the tirades of these degraded souls, being shouted to us, which were full of appeals to Russia for attacking Bulgaria in order to carry out its ‘denazification’ by clearing it of us, as well as to the numerous insults to our ideological associates of Ukraine, we, as a token of solidarity with our Ukrainian brothers, did wave proudly over that whole rabble, together with the Bulgarian banner, the victorious standard of Azov Battalion!
Then, the rabble of bolshevized nincompoops attacked us physically. But despite the direct provocations and the physical aggression committed against some of us, we did not yield to these and did not respond to that base provocation, however difficult it was to us.
But they must be aware of that at some other moment our patience and nerves of steel will not be demonstrated!
We stood together and did not retreat to the last moment!
To be objectively honest, we must mention the role of the police, who in that case, took full steps to secure our safety. They made a cordon for us and escorted us to our cars.

Despite the risk, we fulfilled everything planned in advance so that our activity was carried out successfully as worthy of true Bulgarians.
In spite of the excesses against us, which were going on in close proximity to the teams of Bulgarian Television and Nova (New) Television, none of these showed interest in that piece of news appealing to every unprejudiced journalist.
However, the televisions in question were broadcasting in detail the staged attack against some members of the Government, which was seemingly organised by these same people from Degradation (nickname of Rival).
Let us not forget that the ‘chief’ of the Russia-loving harmful nincompoops, Dr Kostya Kopeykin (Kostya is the Russian diminutive for Konstantin (in Bulgarian Kostadin) and Kopeykin means belonging to or striving for the Russian kopeks (hundreds of the rouble), known in some circles as Kostadin Kostadinov, is on the American feeding trough, through Dr Milen Vrabevski’s mediation.
And Kostya, well, he is clever and so he takes a chance on our niche of Russia-loving morons and, so to say, he ‘gets on their wave’ as they are so mentally limited souls that they can easily be manipulated and managed.
If there is something pitiful about them it is that they do not realise to what a great extent they are being used.

Woe unto Bulgaria with such ,,patriots” (In Bulgarian, words quoted in these Bulgarian quotation marks are to be pronounced with sarcasm and understood in their opposite meaning.).

But, someday, we will come and put an end to this whole baseness!
This process has already started. WE ARE COMING!
Alexander Souev
Major leader of KOUBRAT YOUTH 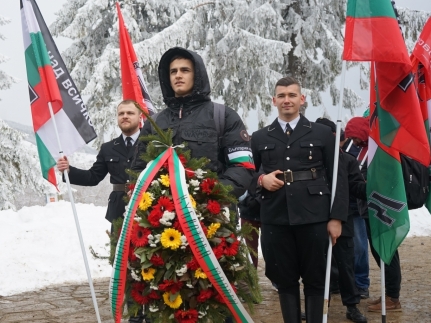 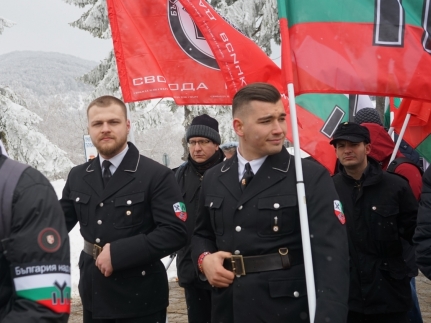 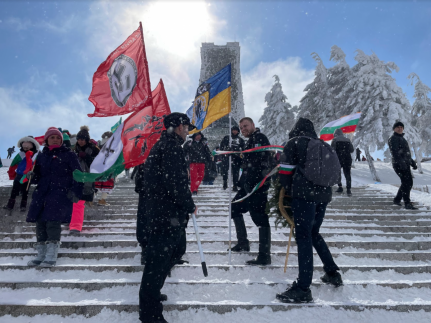 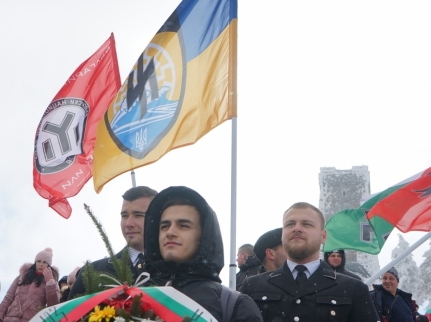 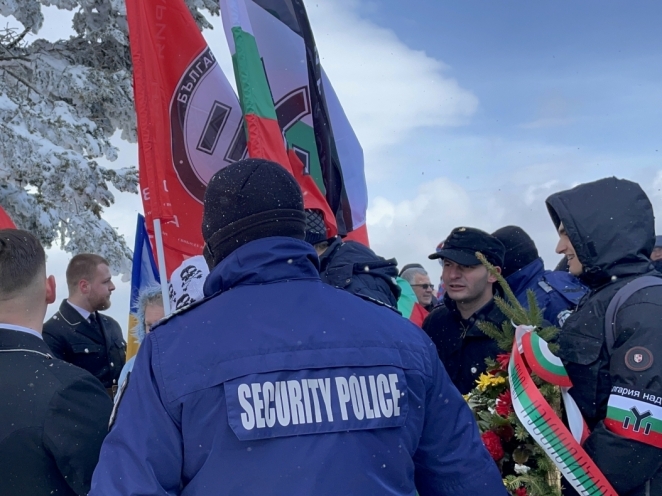 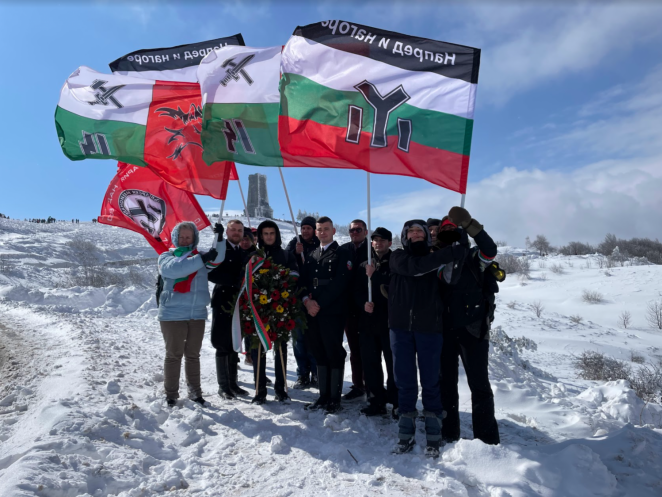