This year, though with a certain delay due to the thought-out virus, the traditional military game was carried out, in which we took part too.
This activity was intended to simulate invasion of heavily armed enemies into our country by crossing the border illegally.

As early as in the previous year, the organizers had visited the region for the simulation and had prepared the field. Rides had been cut through impenetrable thickets, site was chosen for the main camp of the voluntary corps, traps had been laid, and defense lines had partially been prepared for the troop units to take part in the defense of the so-called Voluntary-Corps Base.

Our participation began early in the morning, though most of us had been extremely excited since the evening because of the forthcoming event, with the preparation of our equipment. Though it was just a game, we all were approaching the simulation very seriously. A game or not, the rules were strict and clear – each of us had but one life and if one got killed, their participation was over, yet nobody wanted to die even seemingly.

In the morning, we gathered at the meeting venue in Sofia and made for the simulation region, which was about 40-50 km in the west.

As soon as we arrived, we became an attraction to the local residents, who wished to have pictures taken with us and later saw us off with wishes for good luck as if we were going to real war.

Our unit divided itself into four squads: Squad 1 (Typhoon), Squad 2 (Tornado), Squad 3 (Hurricane) and Squad 4 (Storm). The game began. In the beginning, we were not able to establish contact with the other units of the Voluntary Corps, but a little later on that day we did establish radio communication.

Before long, we received an announcement that units of the Voluntary Corps had engaged in a battle with the enemy. The orders were clear: move to the place with the following co-ordinates and give support to the combating units!
With a quick march we made for the place of the military operations.

What happened next? This is a military secret, so we will keep silence. We shall only say that the Voluntary Corps, though with a lot of casualties, managed to rebuff the enemy that had invaded the territory of our country.

If you want to learn details and to test your own stamina and preparation, come in the autumn. Then will the second phase of this conflict be carried out; a mass invasion and counteroffensive of the enemy are expected.

Do not stay at home, because he who wishes peace prepares for war! 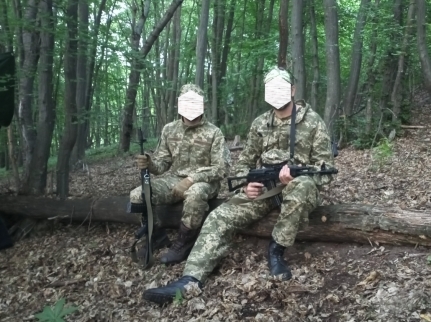 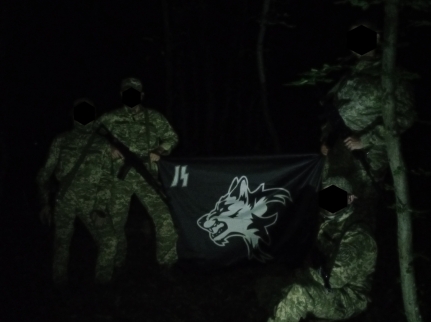