Our group was small but terrific, or at least it seemed such to some people who had got out of the habit of seeing young people in military clothes. But we shall talk about this later.
Two airsoft, one banner, camouflage clothes, food and good mood were all we were carrying on that day.
Early in the morning, we gathered at the agreed point and, without wasting time, made for Malyovitsa Peak. Our purpose was to climb the peak by the end of the day. The undertaking was nothing much, though the Internet was full of various descriptions of the route, each being more hair-raising than the previous one.

The adventure was to start from the Central, Mountain School (CMS), in Mecha Polyana (Bears’ Lawn) Place. We came there by car, which we left at the car park. From there, generally speaking, our route was to lead us, first, to Malyovitsa Chalet, from where, after some rest, we started for the peak. The weather was fine and, adding that the time was of holidays, it will be easy for you to guess that the mountain was teeming with people – as Bulgarians so a lot of foreigners from all the parts of the world.
Despite their large number, it was pleasant to meet so many people appreciating the beauty of Bulgaria’s nature. It was so unusual to say ‘Hello!’ to complete strangers, but at the same time pleasant, as if we had found ourselves in another time and at another place where there was no spite among people.


We spoke with some, we had pictures taken for us with others, and the time was flying, and there was yet a long way for us to go.

Soon we noticed that we were the only ones climbing the peak, and that it was very possible that we had to climb down in darkness. This, of course, did not put us off, because we were carrying all that was necessary so that if we did not manage to get back to the chalet, we would be able to sleep in the open. We arrived at Elena’s Lake at about 17:00 and then it became perfectly clear that our return would be in darkness. As we wanted to at least reach the peak before sunset, we decided to climb it not on the left-hand side route, which was less steep but longer, but on the right-hand side one, which was shorter but extremely steep. No sooner said than done. Four people with two submachine guns and a banner plus the rucksacks started upwards without even suspecting that the path disappeared completely at some places where we had to climb vertical rocks. This is what I call rout of a certain difficulty, not that path which was described in most of the Internet pieces of information about climbing Malyovitsa Peak as ‘providing difficulties’

We appeared to have made the right choice as we were on the peak short before sunset.
The feeling was incredible. We had climbed only 2,729 metres, and we felt as though we were on the moon. You stand on the peak and wherever you turn, your gaze roams in the endless space of rocks and mountain massifs and peaks. The suggestion that we were in the open space was made stronger by the moon rising in the east and the sun setting in the west. You listen in silence and stand as if you are in the centre of the Universe.

The beauty of that moment was impossible to describe but we had to start back for the chalet. Soon it became dark and it was only the moon that was illumining our way. We walked most of the way to the chalet in the moonlight, though we had electric torches. It was somehow more natural and exciting. Of course, on the way back, each of us tripped about ten times, and some even fell two or three times. But that did not matter as we had experienced such a day.

We reached the chalet about 22:30, being already rather tired, but we were pleased with having realised our plans from the morning. We had not taken off our rucksacks yet when we were accosted by a man and woman who asked us, ‘Are you those who made the whole mountain astir?’ We wondered what those people meant. Their question, though strange, was well-meaning. After exchanging a lot of questions and answers, we understood that a certain cretin, whom we had met on our way earlier on that day, had signalized on the emergency telephone that in the mountain had been ‘armed people with a Nazi banner of SS.’ In response to his call, a patrol car with policemen had been sent from Samokov to the Central, Mountain School, where they had to wait for us. We learnt from the chalet manager that policemen had called the chalet too in order to ask if they had to send teams upwards. The cretin under question had in addition published a material in Facebook too, where his publication had been commented hundreds of times. And all this was because a certain idiot had got scared of that we might have shot him dead with our toy submachine guns. Oh, I forgot to say that the group of armed people had caused emotional discomfort to him with the banner of Koubrat’s Young Followers, which he, in his fear, had taken for a banner of SS. We laughed a lot at that stupidity and, though we were tired, we talked long about, and imagined, how the policemen from Samokov were climbing towards Malyovitsa Peak.

In the morning of the next day, we had breakfast, lay leisurely by the river, had again pictures with strangers taken for us and, by the early afternoon, took our way to Sofia. 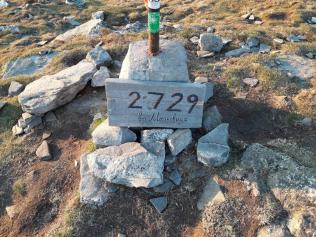 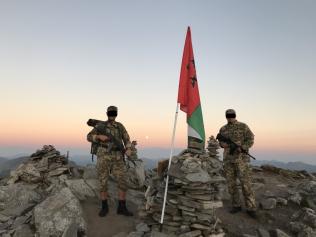 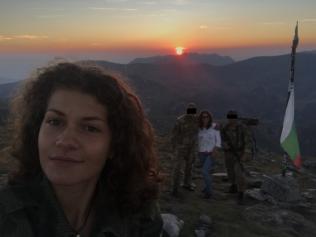 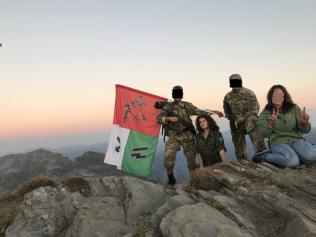 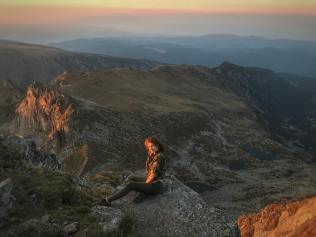 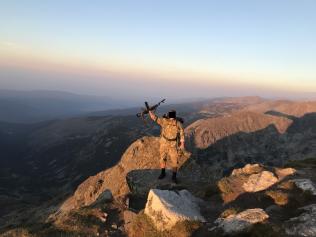 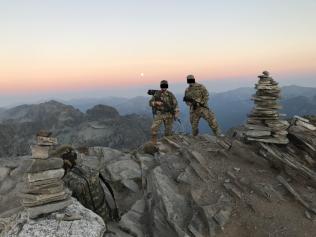 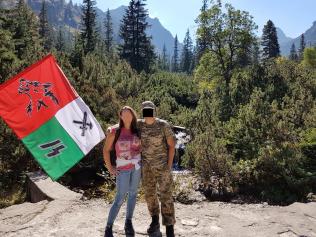 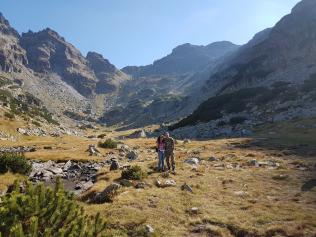