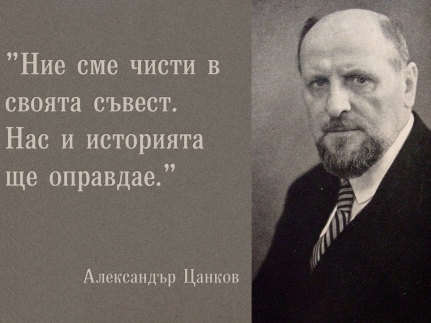 Nationalists of various formations celebrated the 97th anniversary of the 9-June
Coup d’état, committed during the night of 8th towards 9th June 1923 by the troop units commanded by the Military Union and resulted in overthrowing the government of the Bulgarian Land-tillers’ People’s Union, whose prime minister was Aleksandur Stamboliyski.

The event took place in front of All Bulgarian Martyrs’ Church, where the memorial slabs with the names of tens of Bulgarians killed during the communist dictatorship established after 9 September 1944 had been placed.

Good words were said about Prof Aleksandur Tsankov and the men who had committed the coup d’état, and an opinion was expressed as of that the celebration of this important, historic date had to become a tradition, with the mass participation of nationalists of the whole Bulgaria. 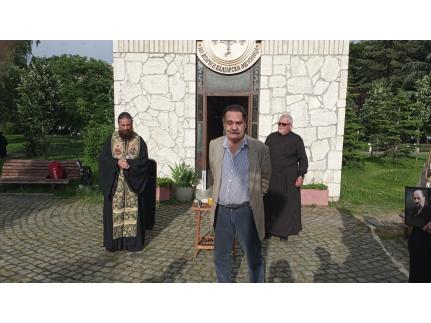 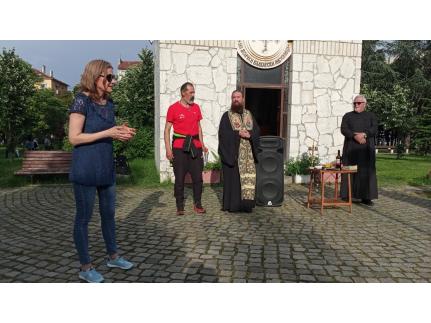 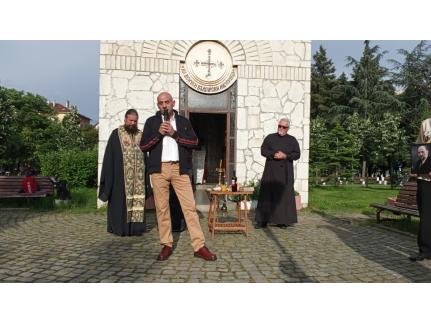 The leader of the Bulgarian National Union, Mr Boyan Rassate, was asked by the organizers to take the floor.

In his speech, Mr Rassate showed a relationship between the coup d’état and the Unification of Bulgaria by pointing out that in the modern history of Bulgaria 9 June 1923 and 6 September 1885 were the dates when the Bulgarian Man put up by himself his face against injustice and punished those who had coldshouldered their own clan.

Further in his speech, he mentioned that the place where the anniversary was being celebrated was a sign-giving one, as there was the wall with the names of the victims of the communist dictatorship – nothing but a continuation of the ‘White Bolshevism’ of the monster Aleksandur Stamboliyski.

Boyan Rassate reminded to those present about Captain Ivan Harlakov, a participant in the coup d’état of 23 June 1923, and in crushing the resistance in the vicinity of Pazardjik in his capacity of the commander of the troop unit that captured Stamboliyski and gave him to a detachment of the Inner Macedonian Revolutionary Organisation, which executed him.


​‘Ivan Harlakov is a person whom we must appreciate equally to all our known heroes because he is the personification of dignity, honour, the Bulgarian national spirit and traits, and the retaliation against the nurslings of hell who had slithered out in order to destroy our holy Fatherland and our holy people,’ concluded Boyan Rassate.