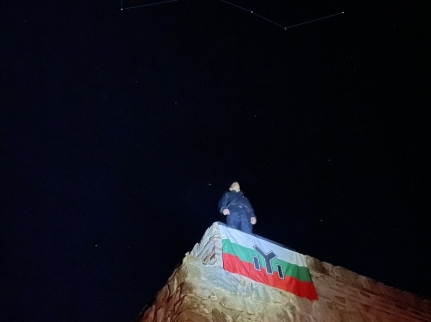 20 April – the Great Day for Bulgaria
This is the name this day goes by within the lands of Bulgaria – as before, so now, forever and ever!

On this day, in 1941, the Bulgarian army, following the victorious German troops, entered the liberated Bulgarian lands of Macedonia, the Western Marginal Lands and Aegean-Sea Thrace. The whole Bulgarian nation rejoiced. In all the cities, towns, villages and hamlets, the Bulgarians carried portraits while blessing Tsar Boris III, the führer (leader) of the German Reich and the leader of Fascist Italy. All over Moesia, Thrace, Dobroudja and Macedonia were the people congratulating one another, and their petty squabbles were forgotten because we were once again One Nation!

The people’s joy coincided with the celebration of the anniversary of the April Uprising of 1876 when the oppressed rayah (non-Muslim slaves in the Ottoman Empire) set its face against its age-old enslaver and, arms in hand, wanted its freedom back. At the same
time, the people in Germany were marking the victories of the German troops and celebrating Adolf Hitler’s birthday.

Today, the moods as in Germany so in Bulgaria are completely different; there are no victories, rejoicing and dancing, not even memories of celebrations bygone. Today, the world is different because the people living in it are different. Disunion, greed, corruption and indifference reign among us. Everyone only acts in favour of themselves and everyone is alone against everybody. This is the new thinking of the consumer man.

In times like these, we, the members of KOUBRAT’S YOUNG FOLLOWERS and the whole BULGARIAN NATIONAL UNION, refuse to acknowledge ourselves defeated, and we try not only to survive but we also gather for new victories and glory.

Congratulations to the newly accepted Koubratist brothers and sisters, who have sworn allegiance in the old Bulgarian fortress of Shtipon (Trayanovi Vrata /Trayan’s Gate/). 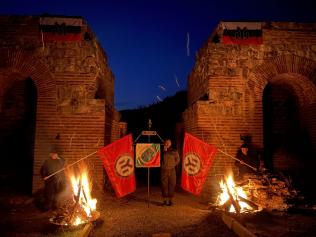 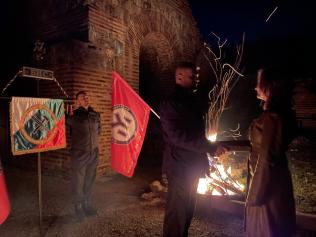 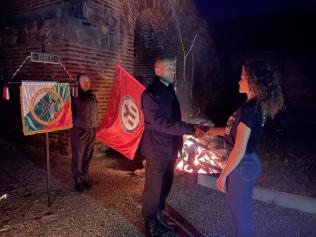 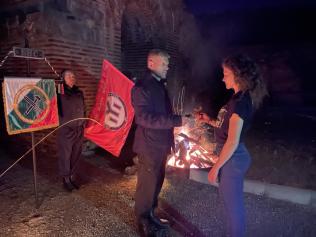 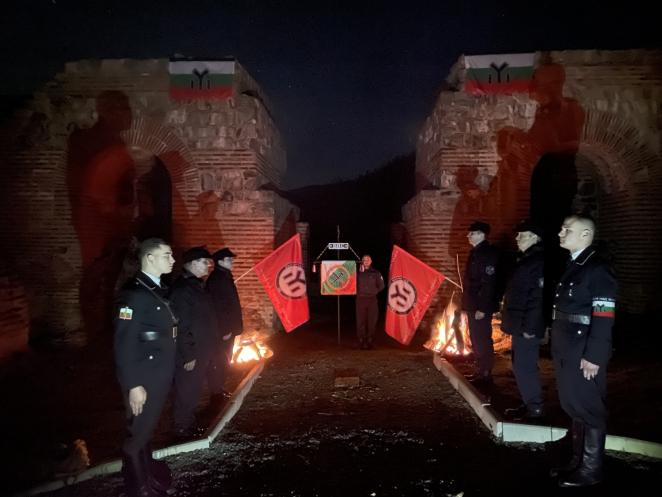