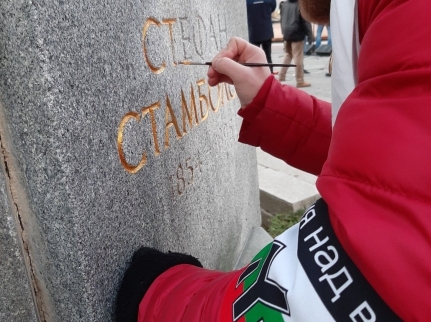 The monument is in front of the mayor’s office in the centre of the city of Plovdiv, but the municipality apparently does not sufficiently care for and fund the maintenance of the monument to this great Bulgarian politician and Renaissance activist. But this is not unusual about the people in Plovdiv’s municipal administration, as it is not unusual about any other municipal administration nation-wide. This was why we, people from the Bulgarian National Union, decided to express, as always, our attitude.

Alongside the renovation of the monument, a humanitarian action of the Bulgarian National Union was carried out by the name of Winter Aid for Bulgarian Pensioners and Financially Underprivileged People. We offer such aid every year before Christmastide and New Year’s Day in order to show kindness to people who have worked for their whole lives for the construction of our state. Consider to what condition has the present democratic, liberal state of dictatorship driven them all as they have to rely on social aid from young, active citizens. Anyway, in a country of laws, these people should be taken care of by the State itself, and they have been thoroughly abandoned.

We, however, as nationalists, have a duty to be done to our country and people, mainly to the ones who have left a golden trace in each page of the great History of Bulgaria, namely people such as Stefan Stambolov.

For as long as we exist, they shall never be forgotten! We, the nationalists from Koubrat’s Young Followers, remember, respect and follow their cause because our cause is right and we will win!
Let us honour the great statesman Stefan Stambolov! 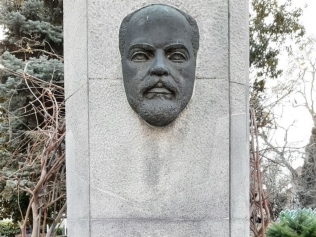 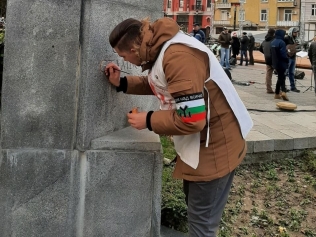 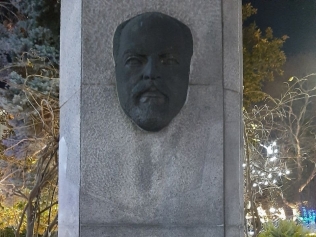